We know that loading data into MDM is not an easy task since it involves many tables and the relationship among the tables should be maintained properly, otherwise will end up dealing with junk not with the data. MDM Connector stage makes this task simpler by allowing us to configure everything in the single configuration window.

This blog post details on how the basic operations (read/write) on data can be performed using the Connector stage in v11.5.

To connect to the MDM server, the following should be specified in the stage properties

The Member attributes will be listed in the Configuration Window based on this Model identifier.

Following is the source data which we would like to load into MDM: 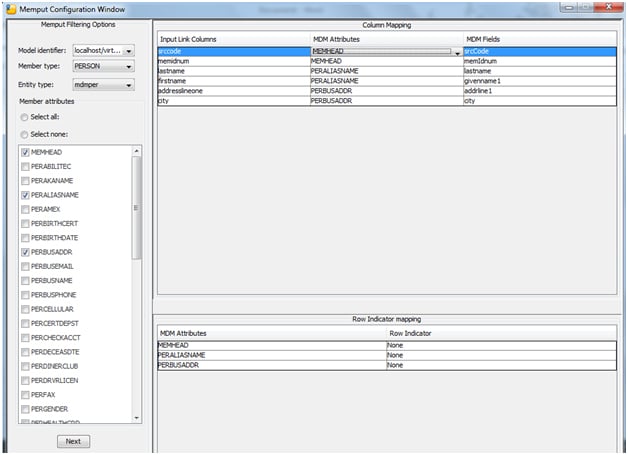 Tables corresponding to the selected Member attributes can be queried to check the data. Rejections can also be captured by adding the output link from MDM Connector stage and configuring the properties required for the Reject link as shown below.

To read the records from MDM we have to provide one of the following values as an input: 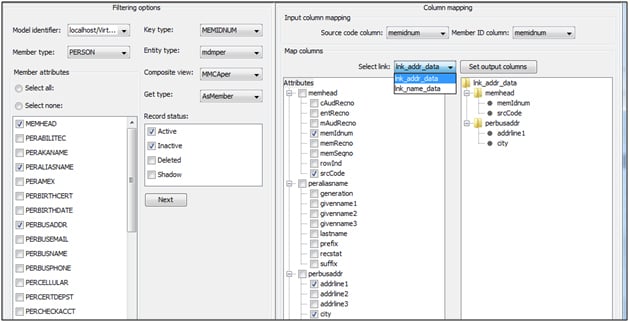 The output link can be chosen and the required columns can be selected across the member attributes. We have two output links – one for Name data and another for Address data

Data can be written to the file or table or it can be processed further. Data in the address output link is shown as below:

Issues faced and the solution

DataStage job was failing and the log has below warning message

‘DicStore could not be created; Possibly due to the userId and/or password not being valid.
Underlying IOException: java.io.IOException: ErrCode.EVERSION’

By default, the version of the MDM API library (madapi.jar) provided with IIS is 11.3. This should be replaced with the correct version of a jar which is present in MDM

Location of madapi.jar in MDM server -

Location of madapi.jar in IIS server -

The DataStage job was returning multiple records if more than one table was being queried for a single Entity ID in v11.5.

The issue was resolved after applying the “fix pack2”.

Kanimozhi is a Senior Consultant at Mastech InfoTrellis and has good knowledge on IBM DataStage. She has over 4 years of experience in implementing EDI solutions.